The year is 2016. It was a Monday, starting my second week of my first trip to New York in August, and I was sitting on the subway. I think I was just looking at my phone, not paying much attention to anything when suddenly, approaching a station, someone hands me a drawing. Of me.

I was flabbergasted; this guy just gave me a sketch of me, and an amazing one of that. I may have given him a dollar or two, then he got off the train.

I loved it so much that I took a picture of it; you may recognize it since it’s the avatar I use everywhere on the internet for the past 4 years: 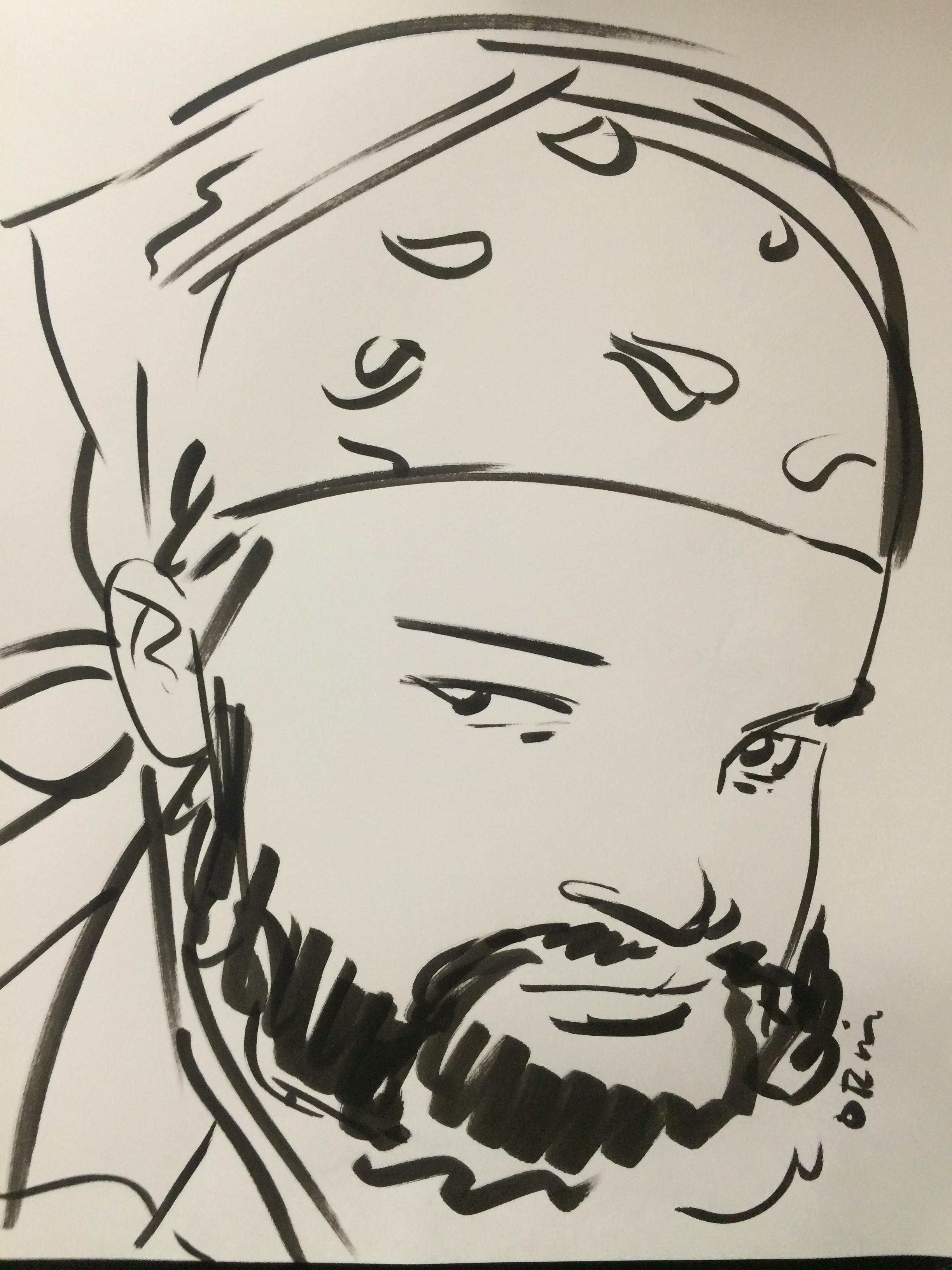 It was one of the coolest “this is a very New York thing” moments I had.

I didn’t know who this person was, and although he signed the image, it’s hard to read and I didn’t think much of it, so that was that.

Three years later, I’m in New York again, at the XOXO meetup at the Lavender Lake bar, and somehow I was telling the story of how I got my avatar to my friend Joel. He looks at the picture, notices the signature, starts googling and lo and behold, he finds this article: Meeting This Artist Could Be the Best Thing to Happen to You on the Subway. I encourage you to read it, but here are the first two paragraphs:

For most New Yorkers, performers on the subway must be endured as part of our daily commutes. However, imagine my surprise this past weekend as I looked up from a conversation with my Tetris-engrossed boyfriend to see that there was a man with a sketchbook across from us, quietly drawing our portrait in broad strokes with a black marker.

That man is Orin, and maybe you’ve seen him, too. He told me he’s drawn over 500,000 portraits of people on the subway, as part of a daily project he’s been doing for the last 15 years.

Incidentally, the article was written just two weeks before Orin drew my picture. This is not the only one about him, though: here’s one in the Mirror in 2014 and one in the New York Times way back from 2004.

You can find more of his work on his website. It was recently updated, and according to a tweet from 2018, he’s still around, still drawing sketches of random New Yorkers. I hope he’s well.